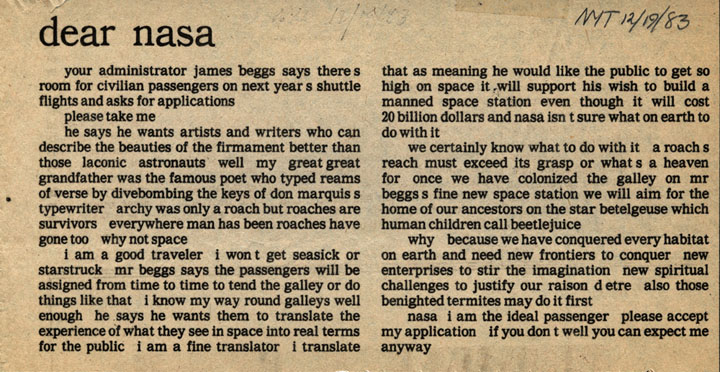 The above editorial appeared in The New York Times on Dec. 19, 1983. We are grateful to Valerie Saint-Rossy of Brooklyn for clipping and saving this small gem when it first appeared in print, and then, more recently, sharing it with all of us. Cheerio my deario!