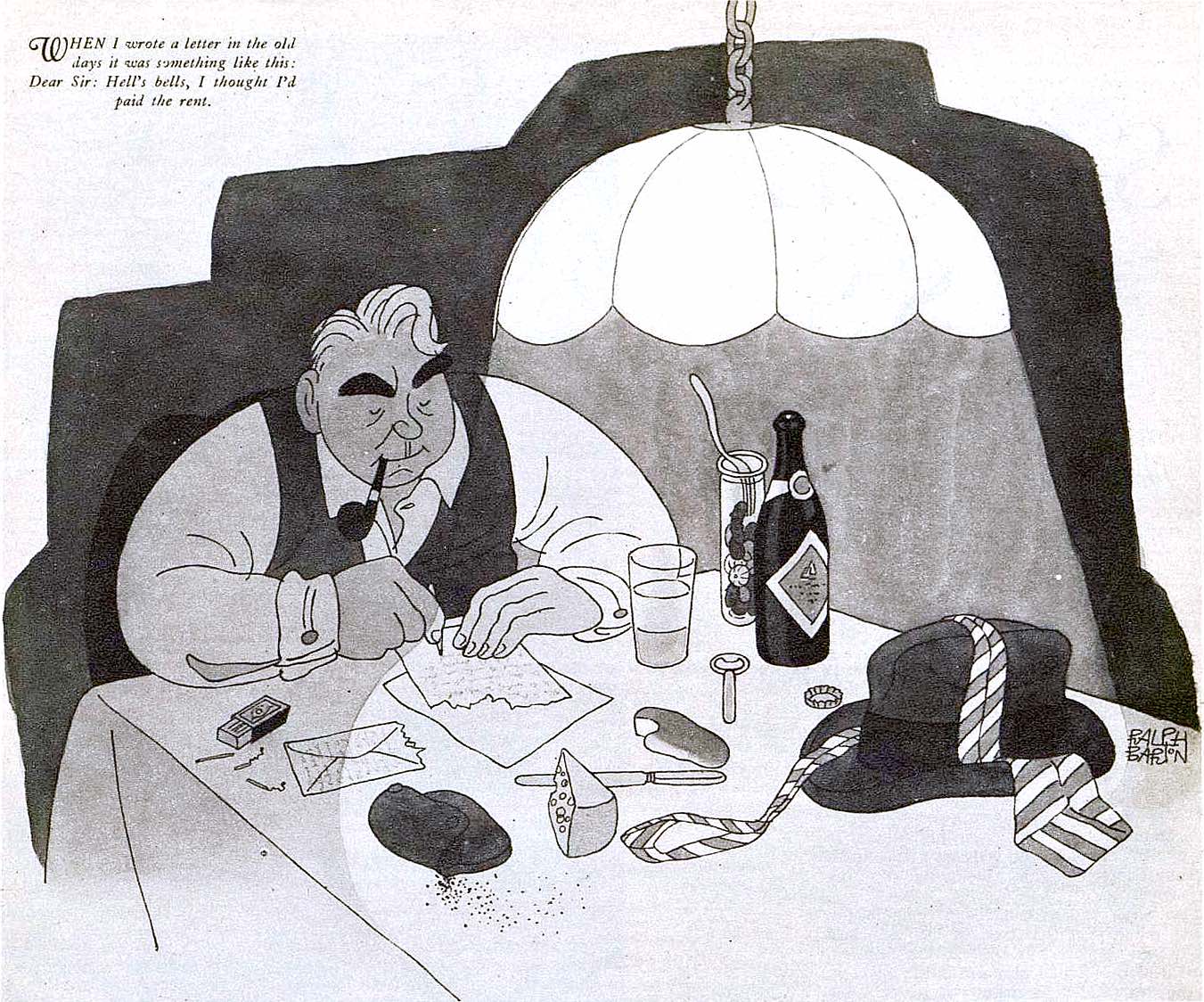 One of the most endearing portraits of Don Marquis was drawn by the brilliant 1920s book and magazine illustrator Ralph Barton. This image appeared in Liberty magazine on Sept. 26, 1925, one of two illustrations for Don’s light-hearted essay “The Curse of Efficiency.” (Scroll down the page for another view of Don by Ralph Barton, from the April 1922 edition of Vanity Fair magazine.)