Here is brief clip showing actors Alan Reed (left) and Eddie Bracken reading lines from the 1971 animated movie “Shinbone Alley” — with a glance at Carol Channing, too. The clip is from “Animation: A Living Art Form,” a 10-minute feature that was released with “Shinbone Alley” to explained the intricacies of the animation process. (Coming decades before computer animation, the 85-minute film required more than 400,000 drawings!)

Reed is known to many as the voice of Fred Flintstone, but he also gave a memorable performance in “Shinbone Alley” as Mehitabel’s tough-guy tomcat boyfriend, Big Bill. Bracken and Channing were Archy and Mehitabel, reprising their roles on a remarkable concept album released by Capitol Records in 1954, “archy and mehitabel: a back-alley opera”—the predecessor of the 1957 Broadway show “Shinbone Alley,” starring Eartha Kitt and Bracken, as well as the 1971 animated movie.

“Shinbone Alley” confounded critics, who were impressed with the voice actors and with the movie’s bold animation, unlike anything seen in Hollywood in years. But they rightly pointed out that the movie’s premise — a cockroach infatuated with an alley cat, a love affair that Don Marquis never suggested in his original stories 40 years earlier — was preposterous.

“Animation: A Living Art Form” is impossible to find today. The clip is taken from an original 16mm film that was acquired 20 years ago (on eBay) and converted to digital format. “Shinbone Alley” is much easier to find, on old VCR tapes and on DVD. It’s also available on YouTube, here. 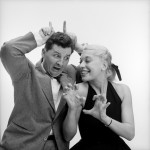 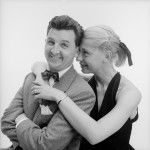 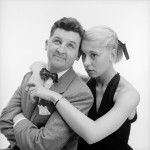 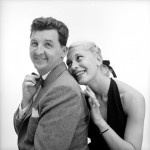 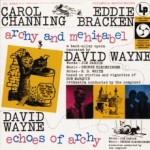