If you will be anywhere close to Boston this weekend, be sure to see the Blunderwood Portable typewriter in the Rose Kennedy Greenway. It’s a massive art installation on display Saturday and Sunday, part of Boston’s Figment Festival. Look for it where High Street intersects with the Greenway, northeast of South Station.

The Blunderwood, a 24:1 scale 1927 typewriter measuring 20 feet square and 8 feet tall, is an homage to Don Marquis’ Archy the cockroach.

Much like Archy, who dove head-first on the keys of Don’s typewriter to tell his stories, visitors to the Blunderwood will be able to walk on huge typewriter keys and see their own messages projected on an overhead screen made to look like an oversize sheet of typing paper. Several of Archy’s poems will also be projected.

The Blunderwood is the work of Jason Turgeon and a team of artists calling themselves the Cat and the Cockroach Collective. After the Figment Festival, the typewriter will be carted off to Burning Man in the Nevada desert. Check out a Glucophage usa on the Blunderwood project, as well as Jason’s website and the Blunderwood Facebook page. See you in Boston! 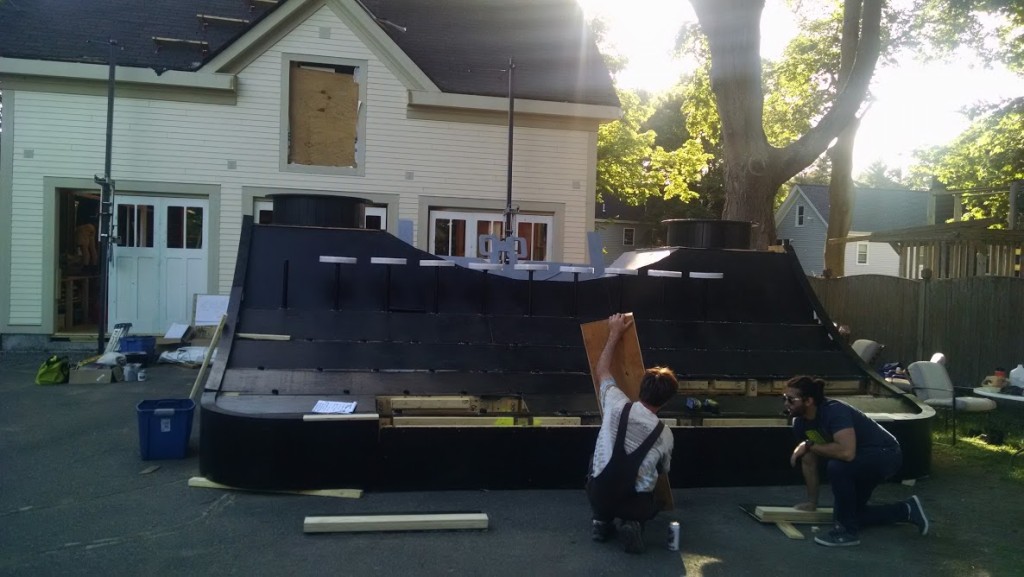