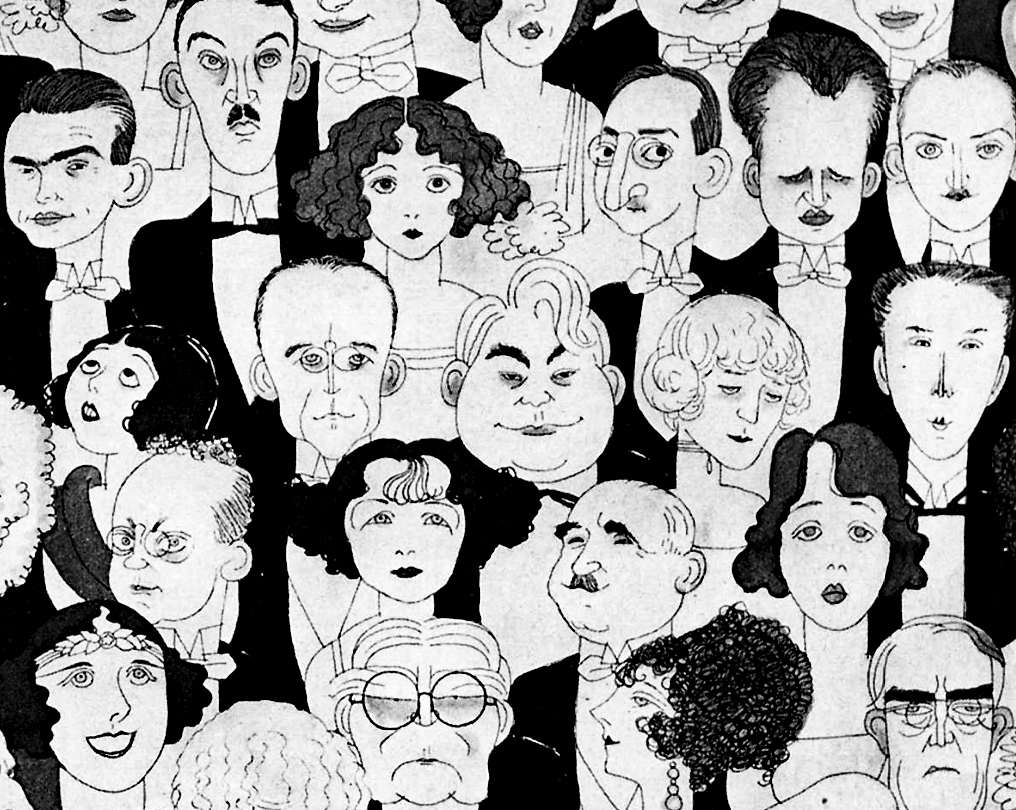 Don Marquis ranked in the top tier of Broadway celebrities in early 1922, even though his own comic masterpiece, “The Old Soak,” was still months away from its Broadway premiere (on Aug. 22, 1922). He is pictured here, fat and happy, surrounded by fellow first nighters in a classic Ralph Barton illustration that appeared in the April 1922 edition of Vanity Fair magazine titled “A Typical First Night Audience in New York:—The Scene Which Invariably Confronts the Actor.” Don is seated between Vanity Fair publisher Conde Nast and actress Elsie De Wolfe. In front of him are actress Irene Castle and arts patron Otto Kahn, with the tall, gangly Robert Sherwood in the row behind, to Don’s right. The old sourpuss in the lower-right corner is Don’s nemesis, the Rev. John Roach Straton, an angry fundamentalist minister who eagerly predicted the impending doom of heathen New Yorkers.

The complete, two-page illustration presents 91 spot-on caricatures. It is linked here, with its original key identifying all the celebrities of the day. Barton was famous for his group caricatures, and this one was a precursor to a similarly mammoth piece that appeared in the Jan. 4, 1923, issue of the old Life magazine (linked here) that once again shows Don in the thick of the action. (He’s on the left page, a bit off-center, with Robert Sherwood once again in the row behind, next to a bemused Robert Benchley!)